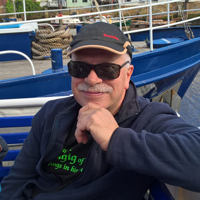 Poems and Puzzles from the Broad Acres

This collection of 100 sonnets is dedicated to some of the county’s most outstanding achievers. The list of names was assembled with real appreciation for our own Yorkshire success stories. You’ll find artists, musicians, politicians, sporting personalities and writers here: Yorkshire’s finest, all celebrated in fourteen-line verse. There are six categories of stars in the book, whose names are listed below, along with details of how to get hold of your own copy.

"So honoured that you chose to write of me and am delighted it was in the form of a poem and not a puzzle! Warmest good wishes."

Stars of sagas and stories

"I feel flattered to be portrayed in verse."

"Many thanks. Very interesting to read about my fellow Yorkshire folk."

"A genuinely surprising and novel idea. Julian has succeeded in encapsulating the lives and achievements of dozens of Yorkshire greats, creating bite-sized biographies in the style of a Shakespearean sonnet."

If you'd like to purchase the book, you can do so in most of the retail outlets across the county where our books are stocked, or from Amazon.co.uk at this link. Customers in the USA or overseas, please click on this link.

You can also buy the book in electronic format from the iBooks Store (this is the cheapest way to get a copy and it includes audio recordings of all the poems).